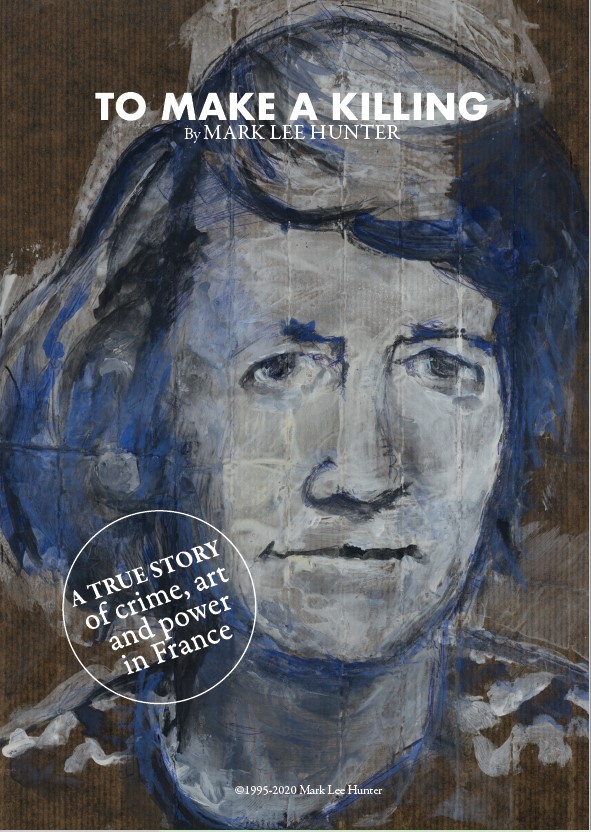 To Make A Killing: A True Story of Crime, Power and Art in France

A beautiful Old Masters painting comes up for sale on the world market, is seized by the Louvre – and turns out to be the fruit of a blood crime. This book-length investigation of the Canson Affair, a scandal that slammed together Côte d’Azur gangsters, a major auction house, the leaders of the Louvre and the French Presidency was compared to Balzac and hailed as a “model of the documentary novel” and “exemplary” by Parisian reviewers on its first publication, in French, in 1995.

But it was never published in English, the language in which it was originally written. The new edition, updated with a contemporaneous epilogue, brings a hidden landmark of expatriate literature to anglophone readers. It’s the door into a France that is concealed even from the French, where the Power deals face to face with thieves and liars, the rich and the hungry fight over the spoils, and a magistrate seeking the truth becomes a target for all of them.

Here’s what leading members of the investigative journalism community say about the new edition:
‍
“The story behind the Louvre’s acquisition of a rare Old Master is equal parts art history, true crime and horror tale. Mark Lee Hunter takes us with him on an investigative trail that leads from the Louvre’s inner sanctum to a basement dungeon and back again. It's a stunning piece of reporting, writing and revelation, a fantastic book by a fantastic journalist.”

‍Deborah Nelson, J.D., Pulitzer Prize-winning reporter and author, The War Behind Me.

‍“A masterful job of unpacking a dark and complicated tale, but not only that. This book casts a sharp light on the undercurrent of greed – be it for money or glory – that bound in crime characters of vastly different stations along the French social hierarchy. I love how it illuminates the issues of class and money at play, and the subtle game of chess as the Power protected its own. All of the details, the asides, even the pauses, convey the drama and make the reader feel as if they are right there next to Hunter, watching this unfold in real time. A disturbing story, brilliantly told.”

‍Diana Schemo, founding director of Double Exposure: The Investigative Film Festival and Symposium, author and award-winning national and foreign correspondent for The New York Times and The Baltimore Sun.

‍“Mark Lee Hunter’s To Make A Killing is a tale as exquisite as the art at the center of his gripping narrative. Greed, power, family, from Paris to the provinces. Hunter uncovers disturbing revelations that show a nation trying to hold on to its treasures, a storied art house riven with deceit, a family fracturing with avarice, a tragic death and a Baroque masterpiece that fires their passions. What an incredible story.”

‍“Mark Lee Hunter has written a gripping and compulsively readable tale of a crime encompassing the French art world. More than that, the book is also about the role of the state, the long arm of French law and how French society works. I can’t believe how incredible it is – a tour de force, completely riveting, the saga of an unforgettable true crime.”

‍Anya Schiffrin, editor of Global Muckraking: 100 Years of Investigative Reporting from Around the World.

‍“Riveting. Hunter’s filmic style depicts history in succinct detail or hurdles it like a fast-paced montage. His art world is ‘a game of stealing from thieves’, and he describes each of them with the forensic scalpel of an investigative master. Their every action is page-turning evidence that builds tension like a guillotine blade reaching its zenith. This is a front row seat to a Hitchcock-type thriller.”

‍“An absolutely stunning book, wholly absorbing, an extraordinary crime thriller. Veteran investigative journalist Mark Lee Hunter has complete control of the story and his style. His research is exhaustive and his findings are illuminating. Superb investigative journalism at its best and thrilling story-telling.”