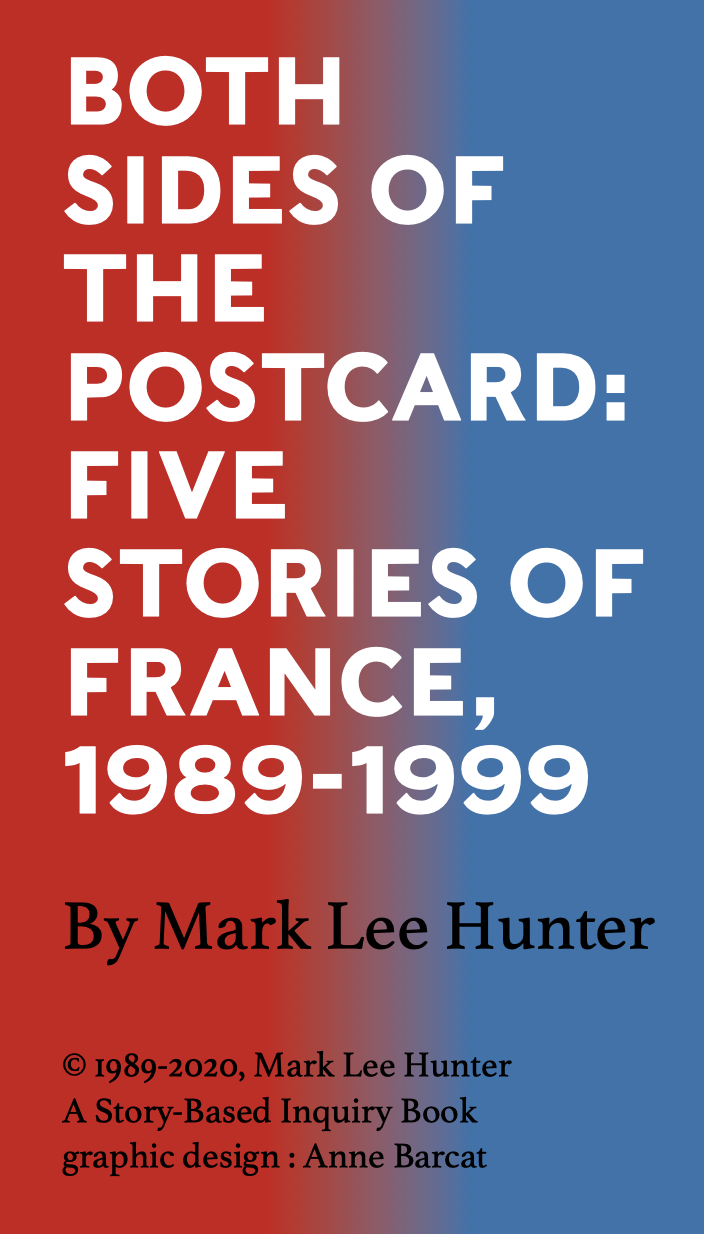 Both Sides of the Postcard

Both Sides of the Postcard assembles five stories from Mark Lee Hunter’s career as an independent expat journalist in France, with design by SBI’s longtime partner Anne Barcat. The pieces include hard-core investigative work into the extreme right’s pagan underground, an intimate look at an environmental  culture war in a remote mountain valley, the history of a law that cleared the table of the Moveable Feast, an account of working with New Wave icon Jean-Luc Godard, and an exploration of the intersection between fiction and reality in the novelist Colette’s home town.  All have been updated and re-edited since their first publication in the 1980s and 1990s. They can be read for pleasure, as a contribution to expat literature, and as models of the Story-Based Inquiry method, which emerged as these stories were written.
‍